A Snickerdoodle Blondie By Any Other Name... Is A Cinnamon Blondie

What Makes Cinnamon Blondies So Good?

Don't let this get out but I usually prefer these snickerdoodle blondies to chocolate. The thing that makes these blondies taste so good is the brown sugar and butter combo. When those two ingredients are heated together they create a toffeelike flavor that compliments the cinnamon in the recipe perfectly. With flavors like that there is no way that chocolate stands a chance. Oh no, my secret is out...now my chocoholic mother is going to have a fit...and my grandmother too...

How to Serve Snickerdoodle Blondies

The best way to serve this snickerdoodle blondie recipe is to cut them into bars of about 2 inches. You can serve them alongside chocolate blondies bars of the same size for some variety. You can also make a platter with blondies and some crackle top chocolate chip cookies. (These also go really well right out of the oven with ice cream on top).

DID YOU MAKE THIS RECIPE? LET US KNOW BY LEAVING A COMMENT IN THE COMMENT SECTION BELOW. 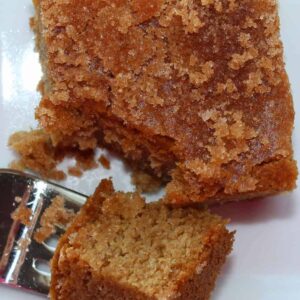