Why This is the Best London Broil Marinade Recipe

Ingredients Used to Make The Best Marinade For London Broil

I absolutely love how easy it is to make this marinade. I think a lot of that is due to the fact that the only ingredients you need are:

Instructions for How To Make Easy London Broil Marinade

No matter how you end up preparing it, you will need to marinate the London Broil Steak. The best way to do this is to put the meat into an airtight plastic bag and pour the Marinade over the top. Seal the bag and marinate for at least an hour. For best results, marinate overnight. The longer the meat sits in the marinade, the more tender and flavorful it becomes.

Did you enjoy this recipe? Let us know by leaving a comment below. 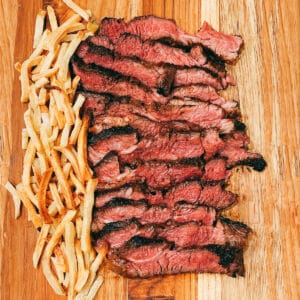